Flickering Pixels: How Technology Shapes Your Faith - A Review 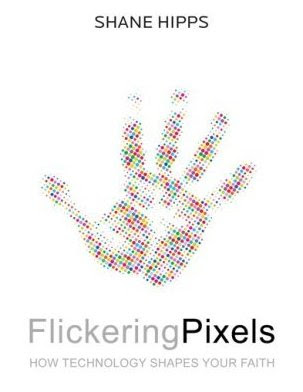 Shane Hipps was an up-and-coming talent in the world of advertising where he worked on marketing strategies for clients as notable as Porsche. But Shane came to a crisis of belief in the very industry in which he was working. Ironically this crisis came as he was trying to better himself at his craft by studying some of the fundamentals of communication and advertising. His studies caused him to stumble across some writings by Marshall McLuhan who he refers to in Flickering Pixels as “the most important thinker you’ve never heard of.” Hipps refers to his encounter with McLuhan’s writings as a wake-up as profound as Neo’s becoming aware of The Matrix.   As he delved into McLuhan’s writings he committed what he called career suicide thus stepping away from marketing and advertising and enrolling in seminary. Flickering Pixels: How Technology Shapes Your Faith is the result of that journey. 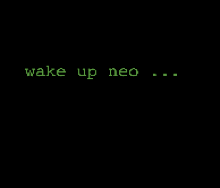 Marshall McLuhan’s writings no doubt play a very important role in the ideas discussed in this book most notably his quote, “The medium is the message.” Hipps uses this quote as the springboard into discussing how the medium whether print, image, audio, or electronic is just as powerful as the message it carries.

I found fascinating the points he brought up about which part of your brain is engaged with various forms of media and how this has played a major role in what has been emphasized in Christianity over the years. For example he makes the case that prior to the printing press cultures processed information much more from the right side of the brain, which is geared towards story, community, and connection. This meant that prior to the printing press churches emphasized much more of the stories of Jesus rather than the writings of Paul. But with the printing press and resulting mass literacy all of the sudden the writings of Paul came to the forefront (this was a huge factor in what helped Luther towards Paul’s writings and thus the protestant reformation.) Hipps makes the case that with the advent of the medium of books and literacy the culture began to shift to more left-brain understandings of theology and spirituality. Thus things became much more linear and logical in the way people approached doctrine and theology as well as Christian activities. This also led to an emphasis on individual spirituality rather than communal spirituality. Shane Hipps discern that we are now in the midst of another great shift with the advent of the internet, blogs, cell phones, text messages and so on. Things are becoming less linear as the world becomes connected in vast webs of information. This has big ramifications for faith and understanding the cultural climate the church now finds itself in.

Hipps doesn’t come out for or against technology in this book (though he is certainly a bit suspicious of it) but is a strong advocate for awareness as we use technology because we are shaped by the very technological tools we use. Hipps saves his most profound chapters for the end of the book when he begins to discuss the message and medium of Jesus (God become flesh) and what God was saying to humanity as well as the medium of the church to communicate God’s message to the world. I will no doubt ponder the insights from his closing chapters for days to come.

Flickering Pixels is a great read and a refreshing reminder to wake up and pay attention to many of the things we don’t even think about that fill so much of our daily lives and I would recommend it to anyone wrestling with faith in the digital age.
Posted by Crispin Schroeder at 11:58 AM

Fascinating stuff. I definitely need to pick this one up!

I guess my only comment (opinion)would be that the process does not have to be mutually exclusive (not that you or this author has said this). I think there is as much literal beauty, asthetics if you will, in logical or mathematical processing as there is in creative processing. It's just that most people are stronger in one of those hemispheres than the other. I think the blending of the two is what compliments the overall process. Either way, though, if it doesn't become a "heart thing" over a "head thing," there's going to be more conflict than peace.